MIHAI ARSENE has been recently cast in the new YOUNG WALLANDER series for NETFLIX. More details to come.

MIHAI ARSENE can be seen in RANSOM 3 season broadcasting from 16th February 2019 on CBS and GLOBAL networks in the USA and Canada only.

MIHAI ARSENE will be inheriting the role of CONSTANTINE ZIDARU, an Eastern European mafia boss of an old outfit dealing in human trafficking.

MIHAI ARSENE can be seen in the new BAPTISTE 1 series being broadcasted on BBC 1 and later available on BBC iplayer (for the next two months) from 17th February 2019.

MIHAI ARSENE is inheriting the role of ROMANIAN GANG MEMBER in episodes 1 & 5.

We are please to announce that MIHAI ARSENE has been currently cast in the third season of RANSOM series for CBS (US) and Corus/ Global (Canada) networks.

MIHAI ARSENE will inherit the role of CONSTANTINE ZIDARU,

an Eastern European mafia boss of an old outfit.

MIHAI ARSENE has been cast in BAPTISTE 1 series

We are pleased to announce that MIHAI ARSENE has been recently cast in a new TV series entitled BAPTISTE, which is a spin off from THE MISSING series on BBC 1.

MIHAI ARSENE will be inheriting the role of ROMANIAN GANG MEMBER

SNATCH 2 series will start broadcasting from 13th September on Sonny's VOD platform CRACKLE, but also coming to the UK from 9th October on BT Channels. 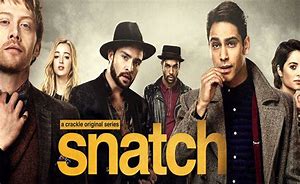 You can see MIHAI ARSENE in episodes 2, 7 and 10, inheriting an ex-army general - VOLKOV - with a checkered past, which now is in exile and has developed an unusual hobby.

We are pleased to announce that MIHAI ARSENE has been cast in SNATCH 2 TV series, shooting in Malaga, Spain later on this month.

SNATCH is a British-American television series based on the film of the same name. After being thrust into the high-stakes world of organized crime in London, the Hill gang relocate to Spain to start fresh and try and earn a legitimate living. However, it doesn't take long before they fall into old habits and come face to face with the dangerous players that run the seedy underworld of San Toledo.

MIHAI ARSENE will inherit the role of a arms dealer with a checkered past and an unusual hobby...

MIHAI ARSENE cast in WHAT SHALL WE DO WITH THE CELLO?

We are pleased to announce that the end of 2016 brought the confirmation of a project long waited on the London stage: a playwright premiere in the UK for Matei Visniec and his play What Shall We Do With The Cello?

This is a brilliant play for our times, written by a major European playwright, Matei Visniec, who sought asylum in France from Romania in 1987. Banned in Romania until after the fall of Ceausescu, this razorsharp and very funny play on intolerance and the terrible consequences of living without thinking was written from a place of deep experience.

MIHAI was cast by director Vasile Nedelcu and is currently rehearsing in the Atelier Theatre production for London VAULT's Festival 2017. Mihai is inheriting the role of The Man With The Stick. The performance is opening in London's VAULT Festival 2017 and will run between 8th - 12th February.

Something is wrong, the rain just won't stop. In a waiting room: the man with the newspaper, the lady with the veil, the old man with the stick. In a corner, the man with the cello is ceaselessly playing his instrument. Very quickly, the repetitive and obsessing tune drives them mad. They try, taking turns, to convince him to stop, but the man with the cello won't. He is playing, more and more passionately, alone against everybody... The others will have to organize themselves against this unexpected musical aggression...

You can BOOK YOUR TICKET now, if you want to see our actors and immerse yourself in an absurd situation of our daily life...

Mihai Arsene cast in 50 WAYS TO KILL YOUR LOVER

Mihai has been cast in a new TV documentary series for Discovery Channel USA, entitled

50 WAYS TO KILL YOUR LOVER. The series investigates modern-day Americans who have murdered their spouse.

Mihai will inherit the role of JOSE PETRIELLA in the 2016 season, for the episode Chef's Diet. His character is a local mafia boss who ends up being murdered by an ex-lover.

MIHAI ARSENE joins the cast of THE CHRONICLES OF AIT

THE CHRONICLES OF AIT

"In the remote East Coast settlement of Ait, Linus Scott finds himself drawn into an intrigue which, while terrifyingly real, seems at the same time to be inexorably linked to events in the vintage film Casablanca."

Mihai Arsene is joining the cast of the new series of THE CHRONICLES OF IT: Stay with me, inheriting the role of Mac and will appear in almost all episodes of the series.,.

Produced by John Taylor (Fiction Factory), THE CHRONICLES OF IT, new series,